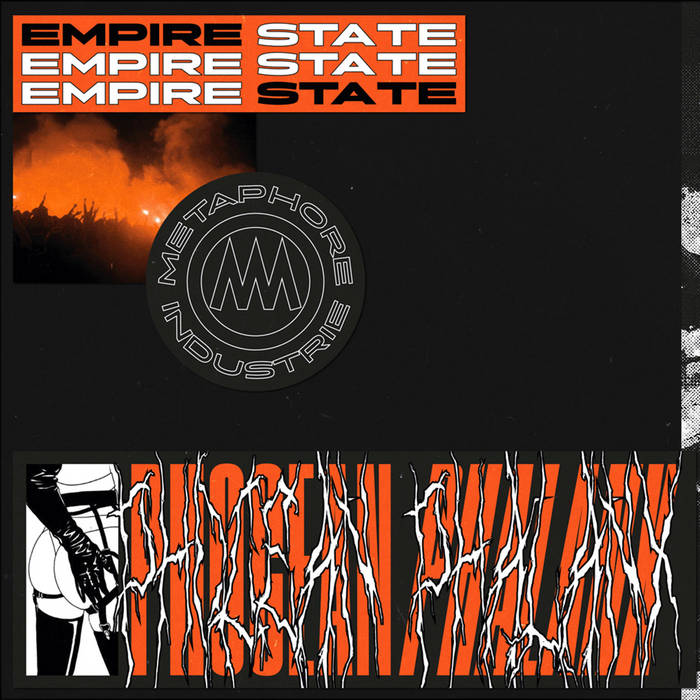 Marseille-based, EMPIRE STATE is a live band composed of 3 producers, members of Metaphore Collectif. Combining the sounds of abandoned factories, distorted stirring electric basslines and nightmarish sensual chants, Phocean Phalanx is Empire State’s very first release.
Side A is more suited for clubs, while side B resonates like a rebellious war cry.

Acting as the logical continuation of Metaphore Collectif, Metaphore Industrie celebrates the Marseille scene, made of concrete and horizon, committing itself to broaden the fields of electronic/techno/club music in France by emancipating itself from the codes and boundaries that exist between extreme music and club music - both intended for an audience that, in any case, seeks to unleash itself. ... more

Bandcamp Daily  your guide to the world of Bandcamp

Guests include Kassa Overall and Muriel Grossman, plus an LP of the week by Van Hunt.